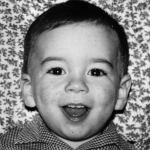 Cliff always heard that his birthday was “a date that will live in infamy,” not because he was born on Dec. 7, 1965, but because of the terrible attack on Pearl Harbor that plunged the U.S. into World War II. Perhaps as a way of remembering, his parents, Carol and Jack, named him after an uncle who was lost at sea when his ship was torpedoed during that war.

Cliff’s parents divorced when he was 8 years old. His mom worked two jobs, full-time for a school district and part-time at a variety of places — including a Red Lobster, a pool hall and an Eckerd drugstore. Cliff spent many nights waiting for her to get off one job, race home to make a quick dinner, and then rush off to another job. He was often left in the care of his older sisters but, mostly, he put myself to bed and waited for his mom to come home. Cliff’s older brother rarely called — he was busy with a family of his own.

In the early 1980s, Cliff’s mom met Dan Calbat, and soon they were married. Cliff learned a lot from his stepfather, and they remain close, despite the fact that Danny lives in Houston and Cliff lives in Dallas.

One of the driving forces in Cliff’s life has always been his need to feel accepted. In high school, he wasn’t interested in sports or band or any of the “mainstream” clubs. But he liked music and enjoyed singing. So, he auditioned for and was accepted into the high school’s varsity choir. There he made new friends in a group that was widely respected. Yet he still felt unaccepted.

During his senior year, Cliff met another group of people that provided the acceptance he longed for — at least for a while. It was the local Catholic youth group. Cliff had some interest in religion but no real experience of it. He started attending youth group meetings and Catholic Masses. He found it refreshing that the parishioners seemed to authentically live their faith.

After high school, Cliff began to consider his future. With very little guidance about careers or ongoing education, Cliff took a job as a waiter at Bennigan’s, all the while continuing his association with the youth group.

At that time, a small group of adults planned a retreat for youth groups around the country. The leader invited Cliff to join them, and for the next year he saved money and raised funds for the road trip. In 1987, The Great Teacher Tour rolled out of Houston and began a nationwide trek to spread the Christian message. For Cliff, it was a time of growth and discovery — personally and spiritually. It was in that environment that he first thought of becoming a priest.

Priestly formation, personal transformation
In 1988, Cliff contacted officials in the Diocese of Galveston-Houston and began his road to the priesthood at Holy Trinity Seminary in Irving, Texas. Shortly after undertaking theological studies, he decided to change his affiliation to the Diocese of Dallas.

The formation process also made it possible for him to acknowledge and accept his sexuality.

But, because he still longed for acceptance, Cliff kept his sexuality a secret.

While most of the other seminarians pursued degrees in philosophy as a primer for theological studies, Cliff pursued a degree in psychology. He thought working with people called for understanding human nature, so he studied the human sciences.

Later, at St. Mary’s School of Theology in Houston, Cliff gained a greater sense of himself, integrating his spiritual and emotional life. He turned to his spiritual director to help him sort through many questions he had about religious obedience and conscience and integrity.

Then, shortly before Cliff was ordained, his mother died of leukemia. Despite his personal struggles, Cliff vowed to carry on and make her proud.

Cliff was ordained in an intimate ceremony with his family — even his Baptist aunts and uncles — looking on. To his surprise, they loved it. Afterward, they gathered and celebrated at St. Elizabeth Ann Seton parish in Plano, Texas, where Cliff had served as an intern.

Public ministry, private pain
Soon, Cliff began his first assignment at St. Pius X Catholic Church in Dallas. He enjoyed preaching, teaching and ministering to the parishioners alongside the pastor, Msgr. Larry Pichard. But it wasn’t long before the demands of the ministry and the expectations of the parishioners left him feeling inadequate to the task. He grew depressed and weary. Something had to give.

Cliff gravitated toward gay priests he knew because he thought they would best understand his struggles. One such priest invited him to a monthly meeting of “like-minded others.” At those meetings, they discussed many subjects: movies, theater, international cuisine, wine, men, music, art, sex, theology, politics and a number of other subjects that were so remarkably human.

Around this same time, scandal enveloped the Catholic Church, and Cliff, unwittingly, found himself caught up in the scandal.

When nearly 300 Catholic bishops met in Dallas in June 2002, Cliff was on the other side of the world. A Roman holiday with parishioners and friends seemed like the perfect antidote to all the media attention that descended upon the nation’s bishops and the city. Cliff felt safely distant following events on Italian television. While he knew he had his own problems adapting to parish life, Cliff also knew that he was neither a pedophile priest nor a bumbling bishop. So he felt no responsibility for the sins of commission and omission that had plunged the Church into crisis.

Cliff returned to Dallas the day the bishops departed. The Charter for the Protection of Children and Young People had been approved, and he was ready to begin the difficult task of restoring the trust and credibility that had been so badly damaged. But he had no idea what awaited him.

Scandal and separation
A group of parishioners, disappointed by a decision of Dallas’ bishops to reassign a popular pastor who failed to fully implement the diocesan safe-environment policy, was determined to use any means to embarrass the bishops before their peers and in the press. Their efforts had little effect on the bishops, but successfully destroyed Cliff’s name and reputation and ruined his priestly career.

Cliff had participated in a website for gay priests. And he made some regrettable remarks in what he thought was a strictly confidential setting. Like many priests, soon after his ordination, he experienced an emptiness he hadn’t known before. Cliff’s life in the seminary, like his life in the military, had been surrounded by friends and filled with many attractions and distractions. But parish ministry and public life introduced him to a profound sense of loneliness. He tried to deal with this loneliness by searching for acceptance and encouragement.

The priests who were involved in that website were like Cliff — men looking for the kind of companionship and solidarity that would help them minister with integrity. At times their comments and postings were irreverent, inappropriate and even shocking. But these were also deeply spiritual men, and their prayerful support and unconditional acceptance nurtured Cliff’s soul.

When a conservative watchdog group infiltrated the site and stole its content, they forwarded only the most salacious materiel to the participants’ religious superiors. The results were professionally damaging to some and personally devastating to all. A few priests were severely disciplined and removed from their assignments. But many more, like Cliff, were treated with kindness and quietly given a chance to develop more appropriate expressions of intimacy.

To members of the watchdog group, it seemed as if those compassionate bishops failed to act. But in truth, their response was proportionate to the offense. Because homosexuality is not synonymous with pedophilia and being gay is not a crime. Participation in a gay-priest website does not deserve the same punishment as a sex act, either criminal or consensual. Yet the culture remains deeply homophobic. And the desire to purify our race of homosexuals threatens to destroy the very diversity that is the glory of the human family.

While Cliff deeply loved being a priest and ministering as a priest, he found the burden of living such a public life in a hostile environment too heavy to bear. To be sure, all who live public lives can expect to be held to public accountability. But Cliff’s story is a lesson in what can happen when public accountability goes too far, when privacy is invaded and hysteria rules. The resulting climate of suspicion, rancor and fear made it difficult if not impossible for him to be who he really is.

Since Cliff didn’t have the emotional stamina to live a lie or to endure the painful prejudice, he withdrew from priestly ministry and pursued a graduate degree in counseling psychology at Amberton University.

His departure also gave him the opportunity to fully embrace the love of his life: Jon. In their relationship, Cliff has finally found the unconditional acceptance he had always yearned for.