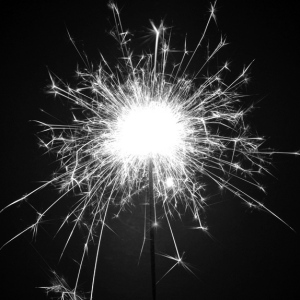 We’re planning a trip to our favorite backyard state park for the July Fourth weekend, taking Friday and Monday off work to extend our celebration over four days.

The Fourth of July has special meaning for us. It’s the day that we officially designate as our first date. Although we met a month before, it was on July Fourth that we went to a Texas Rangers baseball game. The Rangers played the Seattle Mariners that night, beating them 6-3. Then, the fireworks commenced. Under the vast Texas sky, surrounded by more than 45,000 spectators, we felt like the only two people in the stadium. From that moment on, we’ve been intensely devoted to each other as we’ve built a life together.

Beyond the personal meaning of the day, we’ve always considered ourselves patriotic Americans, so we’ll once again display our nation’s flag, as we always do whenever we set up camp. It’s been 238 years since the United States declared its independence, and we’re proud to have been part of the American experiment for two score and 10 years.

To celebrate the 13th anniversary of our first date, we made reservations at Éclair Bistro, a charming French-inspired restaurant in Cedar Hill, recommended by our friend Laura Beil, who lives nearby. Go ahead and take a look at either site–or both. We’ll wait.

It suffices to say that there are simply too many delights on Éclair’s menu to decide in advance what we’ll order. We always lean toward beef, but duck is a powerful distraction. Whatever we decide, we’ll post a review. So, to quote the great Jed Clampett, “Come on back now, ya hear!”