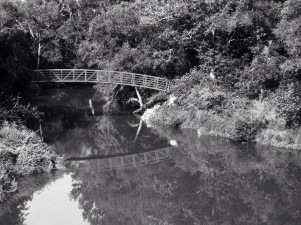 The origins of Labor Day, according to the U.S. Department of Labor, can be traced to Peter McGuire, who founded the United Brotherhood of Carpenters in 1881. McGuire suggested setting aside one day a year to honor laborers, in 1882. He later joined forces with Samuel Gompers to found the American Federation of Labor (AFL). Through these powerful unions, McGuire led the effort that resulted in the adoption of the eight-hour work day.

History suggests, however, that another man with a similar surname may actually have been the founder of Labor Day. By 1882, Matthew Macguire had already helped organize the Central Labor Union of New York, and his activities made him a noted figure in the effort to publicize the plight of manufacturing workers and their long hours of labor. His organization was the first to plan and celebrate a “workingmen’s holiday,” on Sept. 5, 1882, with a parade and a picnic in New York. The organization held a second “labor day” on Sept. 5, 1883, and by 1884, the Central Labor Union had proposed the first Monday of September as a permanent holiday dedicated to the achievements of American workers, encouraging union organizations in other cities to do likewise.

In 1891, Pope Leo XIII issued Rerum Novarum, a document about the relationship between labor and business, in which he discussed the rights of workers to form unions and reject both communism and unrestricted capitalism. The pope insisted that workers had a right to safe and sustainable working conditions, as well as humane working hours, and that employers had a responsibility to provide these. “It is neither just nor humane so to grind men down with excessive labor as to stupefy their minds and wear out their bodies,” Leo said, adding that workers needed adequate rest periods and work that did not exceed their strength. In the nearly 125 years since Leo’s encylical letter, Catholic social teaching has consistently affirmed the dignity of labor, even though it often involves sacrifice and toil.

Leo’s letter helped propel the Labor Day movement in America. In 1894, when President Grover Cleveland signed legislation that established a national Labor Day, Samuel Gompers gave credit for the idea of Labor Day to his friend, Peter McGuire, fearing that Matthew Macguire’s political beliefs were out of sync with the AFL’s goals.

Regardless of the politics, then or now, Labor Day’s focus has shifted from honoring workers to enjoying leisurely pursuits and ushering in an unofficial end of summer.

Like many “part-timers,” we hitched up our Airstream and headed to an area lake to take full advantage of the long leisurely weekend. Our road led us to Loyd Park, our favorite local destination on Joe Pool Lake, now almost completely recovered from the spring floods that shut down three-fifths of its campsites. We barely got set up before Jon was back at work, responding to email requests for updates to his department’s intranet site. Yes, we are among the 50 percent of American workers who respond to work-related emails off the clock.

To be clear, we enjoy our jobs. We take great satisfaction in knowing we’ve done them well. We have a good work-life balance, and in no way feel stupefied in mind or worn out in body. However, we treasure our downtime, and find ourselves increasingly fighting to protect it–sometimes fiercely. An occasional quick response to an email request is fine, because it may save a lot of catching up later on, but any expectation that we’ll be available to our employers 24/7 is neither just nor humane. It’s all about managing expectations, right?

So, as we reflect on our life together and the labors that influence it in so many ways, we once again ask ourselves why do we do what we do? We both believe that we’re making a positive difference in our world–that our labors are contributing to something bigger than ourselves, and that we’re helping other people in some small, yet significant, way. At the end of our lives, we both want to look back and say that they were more about giving than taking, more about joy than sorrow, more about love than hate, more about care than pain, more about hope than cynicism, more about peace than conflict. Such a life is indeed a labor of love.