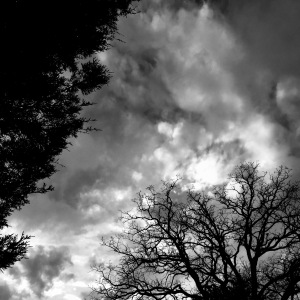 The mild February weather drew us to Loyd Park, our favorite local campsite, for two consecutive February weekends. Weekend One included an extra night and a day, thanks to the Presidents Day holiday, as well as a very special Valentine’s surf-and-turf dinner. Weekend Two was dedicated to cleaning Cloud 9 of many months of accumulated grime. Both weekends revealed signs of an early spring, with trees budding, grass growing and birds singing.

Throughout Loyd Park, we saw evidence of the previous summer’s flood. Hundreds of trees were lost. Debris was everywhere. And the flood line, about 6 feet high, was visible across wide wooded areas.

Weekend One began on a sour note: Jon was involved in a fender-bender on his way home from work. No one was injured, but exchanging insurance and other information completely foiled any plans for an early departure. Life lesson: A ribeye, grilled to perfection, and several glasses of Cabernet, will assuage all accident-related angst.

Valentine’s Day was nearly derailed by a visit from a camp ranger, who informed us that, due to a scheduling snafu, we would have to pack up and relocate to a nearby site.

We were not pleased.

To make matters worse, the folks who wanted to move into our site kept hovering, even though we technically had the site for another three hours. We decided to pay for an extra day at the new site to ensure we would not be asked to move again.

Weekend Two found us back in the ‘hood, four days later. The campers who had displaced us during Weekend One were still occupying our original site; the park ranger who evicted us was still patrolling the park. It was as though we had never left.

We quickly set up our site and were soon enjoying another great Date Night dinner. Afterwards, we took the doggies for a stroll and heard some rustling in the forest. As we started to investigate, a park ranger pulled up and informed us that coyotes were active in the area and had, in fact, killed two small dogs on Weeken One. We quickly returned to the relative safety of Cloud 9.